The U10 boys travelled to Queensgate for their first league game of the season. After doing the double last year in the U9 league and cup, the team were looking to continue the success. They started well with constant pressure leading to Kian scoring an early goal. They continued to attack and work hard, with Harry providing two great assists for Callum and Bobby to get on the end of. After half time, Queensgate had a couple of breaks but the defence stood strong. The boys had chance after chance, with shots going wide, just over the crossbar, or saved by the keeper. Tony scored a great goal towards the end of the match, and with continued pressure the boys got the ball back straight after the kick off which they fed through to Tony who scored again. A superb start to the season with a 5-0 win. 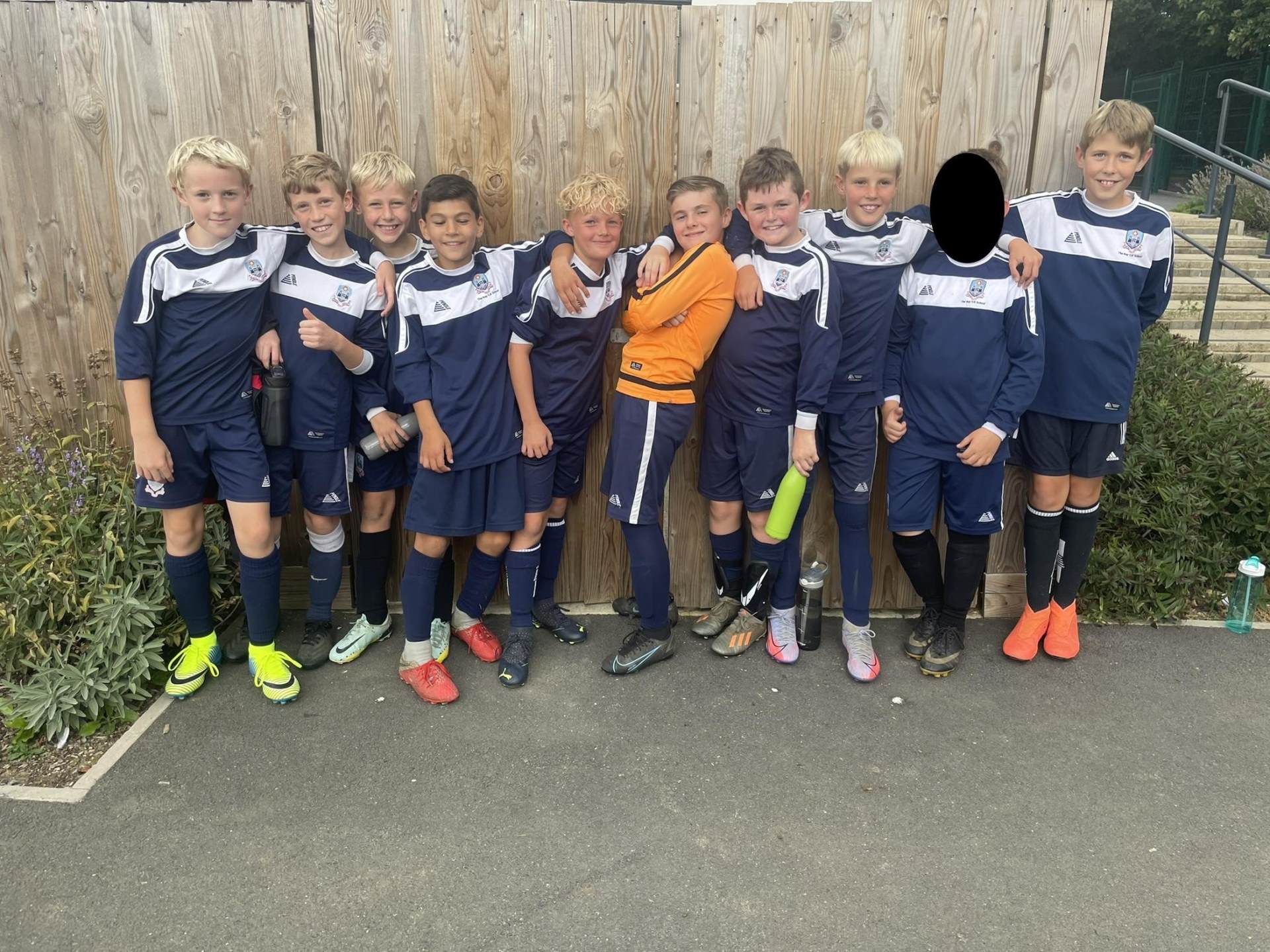